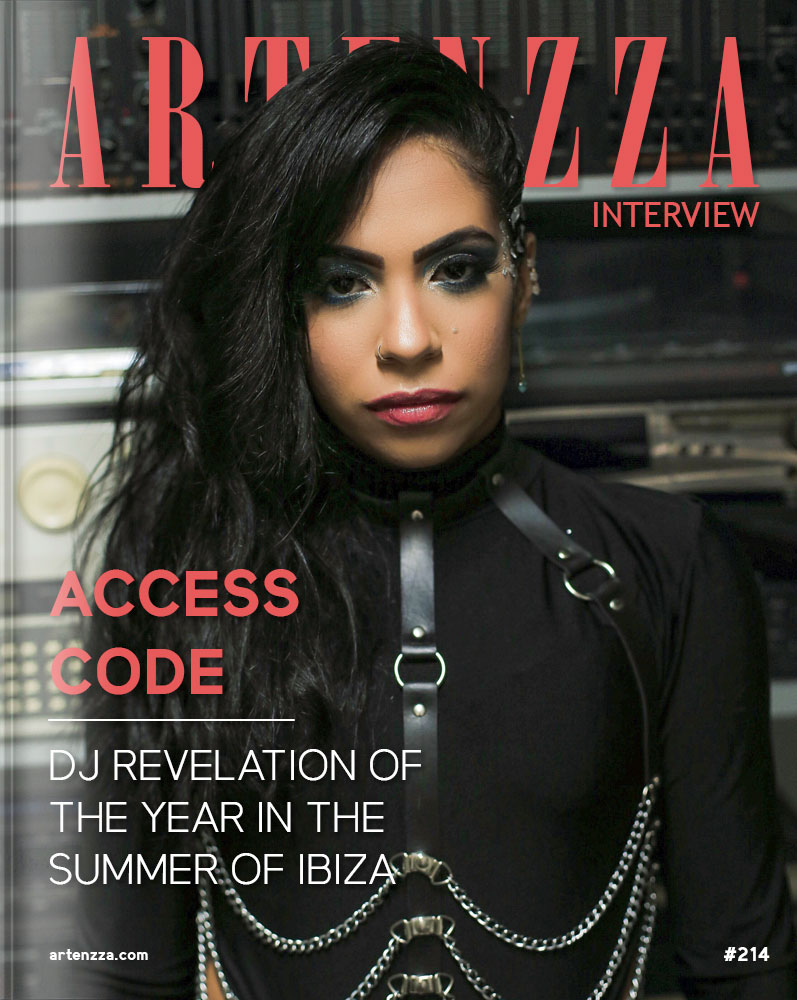 Access Code is a DJ and producer who was indicated to Under 30 Forbes 2021, Top 6th best female DJ in South America. Owner Reloaded Records. 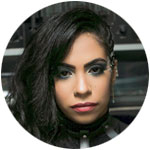 DJ revelation of the year in the summer of Ibiza

I started in music very early. My uncle was a DJ and my father loved rock music. Since I was a child, the interest in music was clear. I really wanted to be a singer, when I was about 6 years old I wrote lyrics to sing at school, and wanted to start a band. But unfortunately my voice was not good enough. At the age of 12, when I saw my uncle mixing two songs, I felt I wanted to learn. Since I couldn’t be a singer, I decided to be a DJ.

You came from Brazil for a single show in Ibiza this season, how come suddenly your schedule is full?

Yes, I only had one date for Itaca Ibiza, but after my performance, I was invited to play at Plastik Ibiza the next day, and then I went back to Itaca, and then I had two more shows at Plastik, which brought me one of my biggest dreams: To play at Eden Ibiza.

Then I was invited as headline act at Enigma Ibiza and as headline long set at Ibiza Rocks Bar. So the only logical explanation is: I did my job in the best way possible, and this pleased the bookers and brought me the expected highlight.

This is fantastic! And Carol, you are well recognized on the social platforms and you had a relevance in the Club House during the pandemic, did that help you here in Ibiza?

The club house gave me many contacts and a lot of knowledge, but here in Ibiza it was a joint work with my manager, Jyn Araujo who did a great job with the contractors while I was doing my work on stage, always trying to keep my musical style, but adapting it between warm ups that I did 2 times and as headline in other parties.

The parties are still limited in Ibiza this season, so the flow was not so high, but are there any proposals already booked for next summer? What are the expectations?

Yes!!! I have already booked some dates for next season and the expectations are super high, since the contractors are looking for us. I believe the next summer will be all around here.

I love the creative process in the studio. I’m a night person, so usually my creative processes start after 10pm. Sometimes I’m in the studio until 8am the next morning, with the curtains closed to think it is still night. I love the idea of feeling that everyone is sleeping and I can finally “speak” whatever I want, without criticism. My songs tell stories, and to be able to tell them to the public is a privilege.

I have always been a very lonely person. I’m the only child of divorced parents. My parents fought a lot at home, and I used to wear headphones at the highest volume listening to rock bands when I was younger, to avoid hearing the fights.

So music helped me in this process of isolating myself from the fights of my parents, and as an adult, music helps me to deal with the fact that I want to say something but don’t have enough words, so I create melodies and can say what I want to say. My music says more about me than I could ever say myself.

Music means absolutely everything. As much in work as in life. I don’t have a plan B. My music is the only thing I have. So there is nothing else I would like to do/be.

My first idols were a Mexican musical band called RBD, I love Dulce Maria and Christian Chaves. But in current music and business woman, I have been totally in love with Anitta and Paris Hilton. They have inspired me in an absurd way and I definitely want to be like them.

As I said, I don’t have a plan B. So I never thought about that possibility.

Well… I always say that nowadays the opportunities are absurd. Because we have the internet in our favor and a person can easily viralize and become a “god” with just one video, or post. So I firmly believe that there are more possibilities than any decade.

My idyllic life would be to own a comfortable apartment in Berlin, selected shows, keep my team, maybe increase the marketing team and a big studio. I think I will have it in the next 2 years.

I have a single to release next month and then an album, plus my tour in Europe and then South America.

I hope to finish the collaborations I have pending with other artists still in 2021, but it’s not 100% sure, because the tour is taking me a lot of time. But we are still trying to do new things for this year in terms of collaborations.

Do you want to know more about Access Code? You can find some projects below.