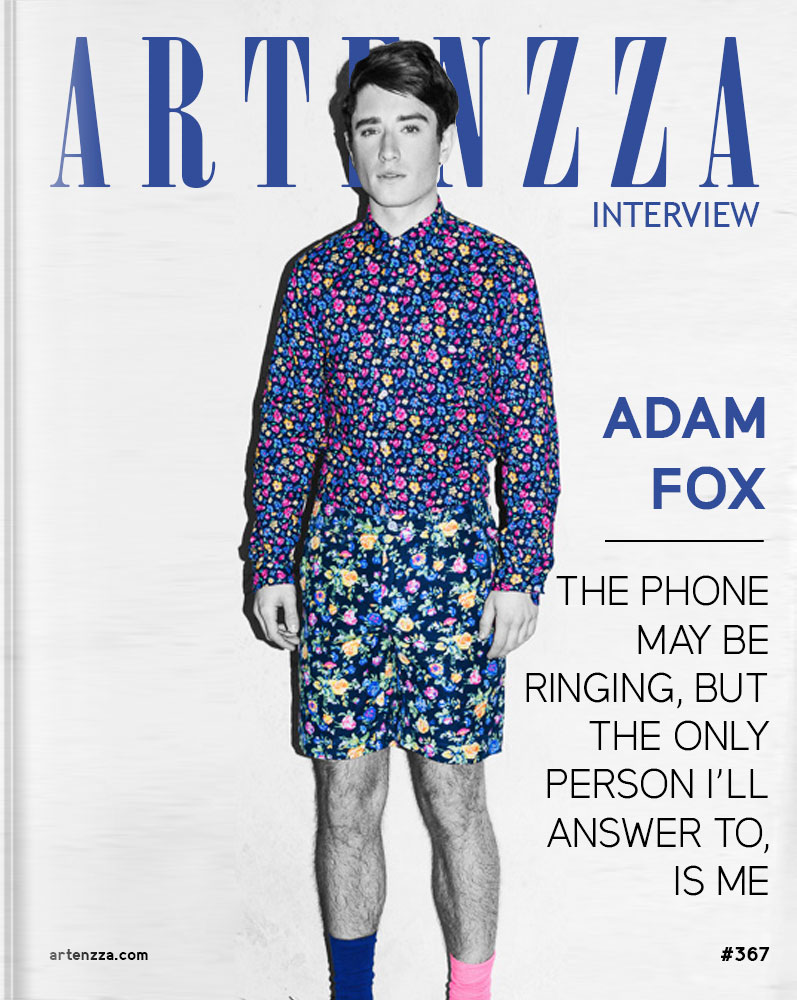 Adam Fox is a dual American-Canadian actor, writer, and director based in Vancouver, Canada. Adam had the privilege of studying acting in New York City at NYU Tisch, where he solidified his path as an artist.

The actor is passionate about nature, animals, kindness, fashion, food, and is a hopeless (and hopeful) romantic. Adam can currently be seen in a lead role in the OUTtv original series Sugar Highs. 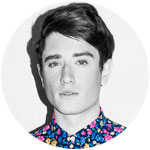 "THE PHONE MAY BE RINGING, BUT THE ONLY PERSON I’LL ANSWER TO, IS ME"

I’ve always been passionate about my art but it wasn’t until I really found a process I could rely on that I found my footing. With acting, writing, and directing, there are so many tools at your disposal, but it takes finding the ones that really work for you to start to become confident in your process.

I am grateful to be at that point now—there is nothing one can throw at me that I can’t handle.

The phone may be ringing, but the only person I’ll answer to, is me.

I love the feeling of finishing a scene and feeling in a completely different headspace than where I started. It’s kind of magical. So many acting teachers just tell you to play yourself, but that’s not enough for me. I long for the feeling of transformation.

If we are talking about my role in Sugar Highs, I think it’s actually helped me get over some of the adversity I experienced when I started in the industry. There was definitely a lot of homophobia and scrutiny that made me feel insecure as a queer performer auditioning for cis-het roles.

But there was something healing and liberating about playing a character that was so unabashedly gay, and it actually made me better at playing straight roles too. There was something about going full tilt in one direction that made me able to go full tilt in the other direction, now I feel more confident playing straight than ever. At the end of the day, acting is playing, and it doesn’t matter where the character exists on the kinsey scale, just have fun and go for it.

Living a creative life is everything to me. Sometimes I have to take a step back to realize how creative my life is. Not everybody takes time out of their day to act, sing, play guitar, and dance, a lot of days I do all four.

Honestly, I know it sounds corny, but my Mom. She’s just so hilarious and eccentric, there’s nobody like her. Aside from that, I love Madonna. I admire people that are unafraid to be themselves, particularly in a world that is increasingly homogenous.

Probably a lawyer, or maybe a businessman. I think one of my skills as an actor is that I am more booksmart and business savvy than the average artist.

Well I will say that nowadays I hear people saying that the era of the movie star is over. If I’m being honest, as a spectator, I do miss when I was younger and there were fewer artists and the magnitude of each one was just so big. Call me corny but I am grateful to have grown up during the time when I could witness Britney Spears at her career peak. In my fantasy, I get to be a gay guy in the 90’s and go to raves listening to Madonna.

BUT, as an actor myself, I will say that this means more opportunities. With so many streaming services, genres, and ways of providing entertainment, it means the ratio of work to actor has swung (a little bit) in our favour. Another benefit to the era of the movie star being over is that there is more room for diversity in terms of race, gender, and sexuality. So, selfishly, I’m glad I got to have the best of both worlds, to benefit as an artist from the digital age of streaming, but also to have lived before Instagram, Netflix, and TikTok, and to have been able to witness pure stardom in all its glory.

Sleep in, have a great coffee, go do a workout class or meet with a personal trainer, take my time working on scripts and auditions, do a group meditation, steam, delicious healthy dinner with a friend (or love interest), watch tv, and sleep in a gloriously comfortable bed.

I am currently developing a LGBTQ+ comedy series that I am writing and producing! I found an experienced showrunner who is as passionate about the project as I am and we hope to start filming by Summer 2023. In addition to that, my team and I have been looking at some amazing scripts, and I am hoping to find the right one very soon!

Do you want to know more about Adam Fox? You can find some projects below.