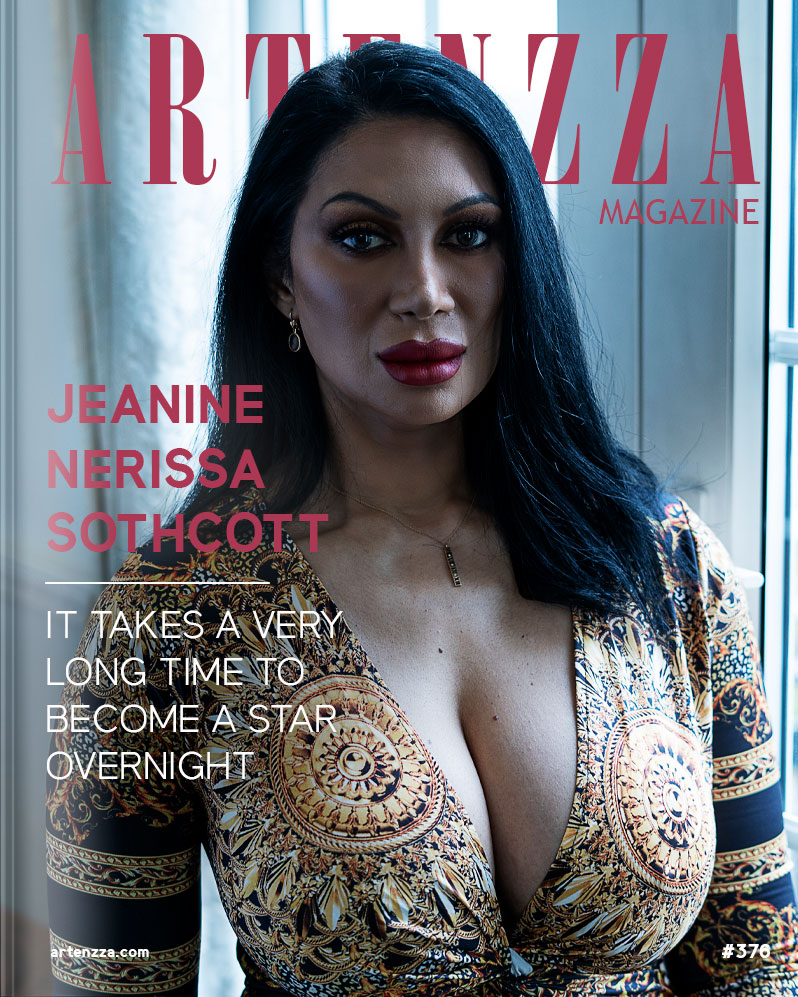 Jeanine is an award-winning British stage and screen actress best known for her critically-acclaimed performance in the film Nemesis opposite Billy Murray and Bruce Payne. She can currently be seen in international action movie Renegades in which she stars alongside Danny Trejo, Lee Majors, Patsy Kensit and Ian Ogilvy.

Jeanine is one of the founders of disruptive independent production company Shogun Films. She is married to the film producer Jonathan Sothcott.
Instagram Facebook Imdb Link

When did you realize you wanted to pursue acting?

As far back as I can remember my passion has always been the arts – ballet, classical music, theatre. It is where I felt I belonged and I was immersed in it from a very young age.

I was always in the school plays but life got in the way and it wasn’t until my son was diagnosed with Type 1 diabetes (at the age of 2) three decades later that I realized just how important it is to seize the day because life can change in the blink of an eye.

You starred in the film Nemesis with Billy Murray and Bruce Payne. You did an amazing performance with your character. How did you prepared your role before shooting the movie?

“Nemesis” was a really unusual experience because it was filmed between September and December 2020 during the Pandemic… so it was a very strange experience logistically. The role of Sadie was written for me by the screenwriter Adam Stephen Kelly, and I think there was quite a lot of myself in the character to begin with – I’m a strong woman and I’ll protect my family in any way that I can.

I’m married to a powerful man who people gravitate to – and not always for the right reasons. We decided to make her very glamorous, always with a red lip and a designer bag, she’s the ultimate British gangster’s moll in the tradition of Goodfellas. I already knew Billy Murray very well, he gave me away at my wedding, so it was easy working with him and I think we have a natural ease working with each other. Billy’s not much of one to rehearse though.

Bruce Payne on the other hand is the master of preparation and although I didn’t act with him (I wish I had) I was on set for his day, helping out. He was a real character and he and Billy really got some sparks flying in their scenes. Nemesis was never meant to be too realistic – we wanted style over grittiness, because the reality is that most gangster’s wives aren’t like Sadie, they’re more like the lovely Rebecca Ferdinando’s downtrodden character Janet. But where’s the fun in that?

It takes a very long time to become a star overnight.

Your recent role is in the newly released international action film Renegades starring alongside Danny Trejo, Lee Majors, and Michael Paré. Did you expect when you started your career that you would arrive this far?

Never. There was a moment when we were filming that I really had to pinch myself – my husband and I had taken Lee Majors and Billy Murray out to dinner and then had drinks in the hotel bar afterwards and I just thought ‘wow’ this is surreal – these 2 massive stars telling all their amazing stories and my amazing husband who has brought them together and made it all happen – and here I am enjoying it all. So that was wonderful.

On the very first day of filming my first scene was with Stephanie Beacham, an actress I had admired so much growing up. It really was a dream come true.

In 5 years I really hope to still be acting in these movies. I believe I know my limitations and I know how hard it is for women of a certain age to play these roles but I feel I have a little momentum behind me after “Nemesis” and “Renegades” and I hope that the next 2 or 3 movies I’m in will help solidify my place in the genre as a working actress who people are pleased to see.

In 15 years I’d like to have been directing for a while, I think it is the logical progression and it is something I’m very passionate about. I wouldn’t just want to direct in the action genre either, different things push my buttons behind the camera as opposed to in front of it.

What scared you the most when you started your artistic journey? And what inspired you to keep going?

I think the UK industry is very different from the American one and the challenges you face as a woman in her 40s starting out are many. There is a lot of BS at the shallow end of the pond, people who are motivated by ego or worse who really try to push women down the wrong path. When I met my husband I was in two minds about giving up – I’d been in dozens of short films and theatre productions but was very aware that some of the people involved were not the real deal and that there was a rut it would be possible to get stuck in.

Thankfully Jonathan (Sothcott, who I went on to marry) very much was the real deal and he really helped me remove the blinkers and see the business for what it is. We set up Shogun Films together to make international action movies and that has allowed me to have great roles in 2 movies so far, “Nemesis” and “Renegades”, and to be involved in the production and development. I love the genre and I love seeing a project come to fruition and now I know I’ll be doing this for the rest of my life.

We’re so intrigued by your journey. As a trained dancer, you performed with the British Ballet Organization  until an injury prevented you from pursuing those dreams. Then music came into your life and you became an accomplished musician and you even were first violin in the Kingston Youth Orchestra. Now that time has passed, how would you describe your path?

The slow one because in between all of that and acting I had a career in the City, lived in Spain and had 4 children… so it isn’t like my life has ever gone in straight lines! But at the end of the day life is about the destination and the journey and I believe all that life experience has informed me as an actor. Everything happens for a reason, I really believe that.

In the Spring I’ll be making my first Western, titled “Reckoning Day”, directed by Brandon Slagle and written by Robert Dunn, which will reunite me with “Renegades” co-stars Ian Ogilvy and Lee Majors, as well as some amazing actors I’ve not yet worked with. I’m doing a horror film after that called “Chase”, again directed by Brandon, and based on the novel by Shaun Hutson. It is essentially Duel meets The Wicker Man. I’m super excited about those two.

We’re also developing another project for me at Shogun called “Eyewitness”, written by Josh Ridgway and to be directed by Reg Traviss. That’s a revenge thriller with a mafia background, which I can’t wait to get stuck into.

And we have a ton of movies at Shogun that I won’t be in but am involved with behind the scenes – a WW2 thriller called “The Bridge” is one I’m really looking forward to, that’s going to be epic.