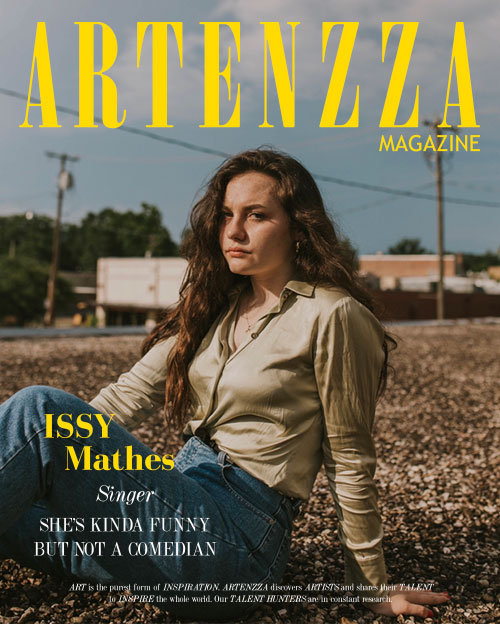 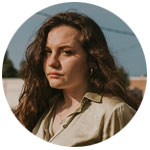 Isabel Mathes is from New Orleans, Louisiana. She started writing music with her good friend Lillian Stegen as a freshman in highschool, and now they have a total of 6 original songs together. She continues to write and perform music whenever she gets the chance.

"She's kinda funny but not a comedian"

How many years have you been singing?

I started singing when I was in 3rd grade, but I never really pursued it until I sang for my church worship team in junior high.

If I was an advertisement, my slogan would definitely be: “She’s Kinda Funny But Not A Comedian”

What is your main inspiration when you are singing?

My main inspirations for singing are definitely Stevie Nicks and Janis Joplin. I look up to them because of their deep and powerful voices that mine somewhat resembles.

If I didn’t like singing then I would probably drop everything, move to New York or Los Angeles, and try to make it as an actress. And if that didn’t work out then I would get my pilot’s license and join the Air Force. Total adrenaline junkie.

Music has helped me through just about everything in my life. Whenever I am sad or frustrated I just try to write a song about it. Whenever I perform original music I am always taken back to the place I was when writing the song, and honestly, it’s kind of like therapy.

What does music means to you?

Music can’t really be described in a few words like most things can. Music to me is so emotional and ever changing, just like people are. I guess you can say that music is like people because it reflects their emotions and tells a story. Maybe that’s why I love people so much, when you meet the right person they can inspire your next song.

Do you consider nowadays, knowing that we live in the “LIKE” era, more importance is given to the number of followers than the art per se?

I definitely agree with that statement because I know many very talented artists that have yet to be discovered and that tells you how followers and likes don’t necessarily mean the content is good. I mean, Jake Paul has millions of followers and his content is trash.

Do you believe in the power of connecting people that music is given?

I believe that music is the most powerful form of connection because people can use music to communicate even when they cannot speak the same language. Music is literally a universal language, any musician can play it no matter where they are from and that is so beautiful.

What does the word music means to you?

The word music means vulnerability to me because as an artist I write songs about the most painful emotions that I struggle to process. Music can see into the artist’s soul, and putting content out into the world is always risky because it’s like exposing a piece of your heart.

Do you want to know more about Issy Mathes? You can find some projects below.

Do you want to discover more artists? Follow us!