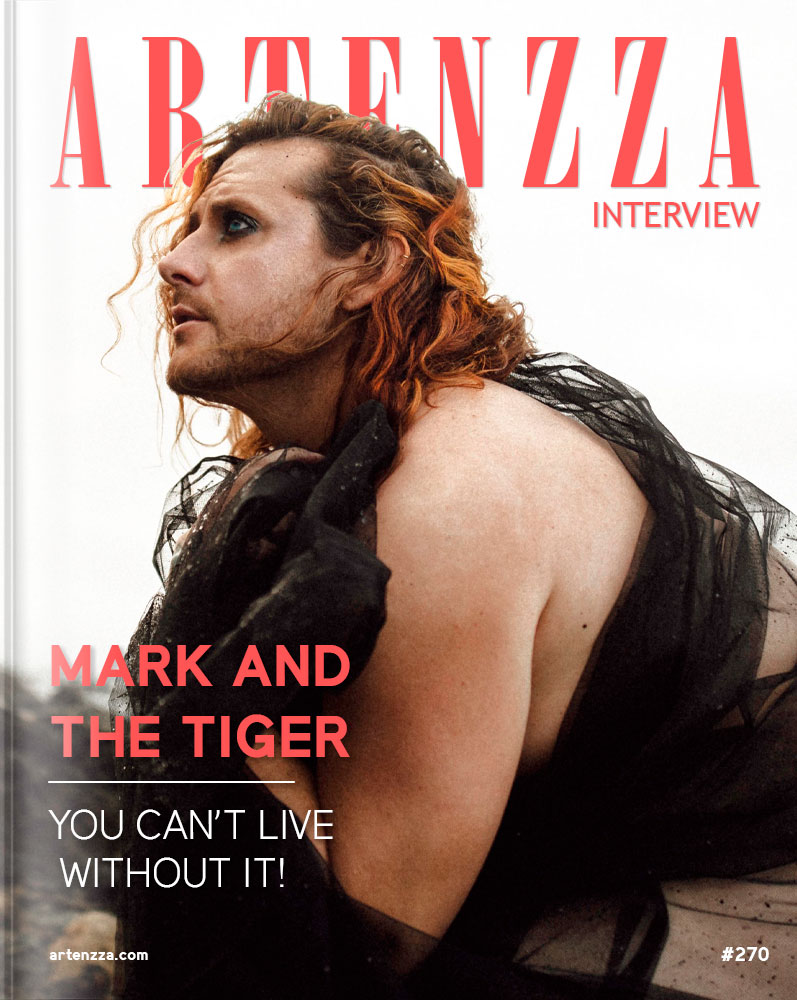 Mark and the Tiger is the musical moniker of singer and songwriter Mark Haberland and his spiritual partner in crime, Jeffrey Lion (the Tiger). Together they are traveling the world making music, having adventures, and unraveling the mysteries of life!

Originally from Maine, Mark has lived in Los Angeles for the past 10 years and has spent that time on a spiritual journey to hone his music and himself. With equal parts Folk, Pop, and Rock & Roll, Mark’s music is a celebration of storytelling. His forthcoming album, “The Hero’s Journey”, takes listeners on a sonic journey through Joseph Campbell’s infamous hero’s journey through the underworld and back. It’s equal parts shamanic journey and pop perfection. Listen to the first singles off the record, “The La La Song”, “Divine” and “Muse” out now. 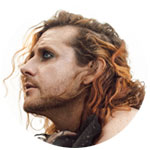 When did you start to get interested in your art?

Honestly, right from the get goes. I can’t remember a time when I wasn’t singing, or drawing, or doing some kind of art. My mom really introduced me to a lot of things from a young age. She would recite poetry to me and we’d sing together. We used to sit in the kitchen table and draw together. It’s stuck with me!

I love crafting lyrics. I think it’s such a skill to craft lyrics that are beautiful and thought provoking, while also fitting the melody. The greatest songs of all time have lyrics that fit together in such a way that they simply could not be anything different.

My art has definitely been the catalyst for my own self discovery! I wrote an album this past year called “The Hero’s Journey”, and it really is the story of my own hero’s journey and growth. Making art is cathartic, and then sharing it requires a vulnerability that can be truly transformative.

What does your music mean to you?

It’s a part of me. It’s just who I am. I’ve tried doing a lot of things other than make music, but nothing has ever felt right. Making music, making art, is the only thing I’ve ever done that has made me feel like I’m living my destiny.

My songwriting Idols are Dar Williams, Florence Welch, and Stevie Nicks. But I also really look up to Angelina Jolie. I think she’s found balance between creating art for pleasure and using her platform to help make people’s lives better. I want my career to be the same!

Pastry Chef! I’d love to own my own bakery and coffee shop one day!

This is a loaded question and I’m not sure if I can really answer it. In some ways there are so many more opportunities for musicians now.

Literally anyone can record a song and upload it to the internet, and that’s really pretty cool. I think the flip side of that is that the industry is SO saturated now. There are a lot of great artists and songs out there, but there is also a lot of crap. And frankly the good stuff tends to get buried in the shit more often than not. I think as a society, we have become too used to single culture — to instant gratification. People aren’t prepared to really listen to music.

They just want that instant dopamine hit from something catchy or popular. I would love to see a shift that celebrates the ability of anyone to make music, but also encourages us to think critically and pay attention to what it is we’re digesting.

I don’t know if I really believe in an idyllic life, there’s always SOMETHING to complain about! But my dream is to be traveling the world playing outdoor music festivals. I want to tour in my own right too, but festivals are my favorite place in the world. The communities at festivals are amazing and I want to be a part of that!

As I said, I just finished that new album. I’m releasing it at the end of June, and in the meantime I’ve just released 3 new singles and I’ll be putting out 2 more. I’ll also be playing 3 different shows in LA coming up. The Virgil on April 29th. The Viper Room on May 14th. And The Whisky A Go Go on June 9th.

Do you want to know more about Mark and the Tiger? You can find some projects below.