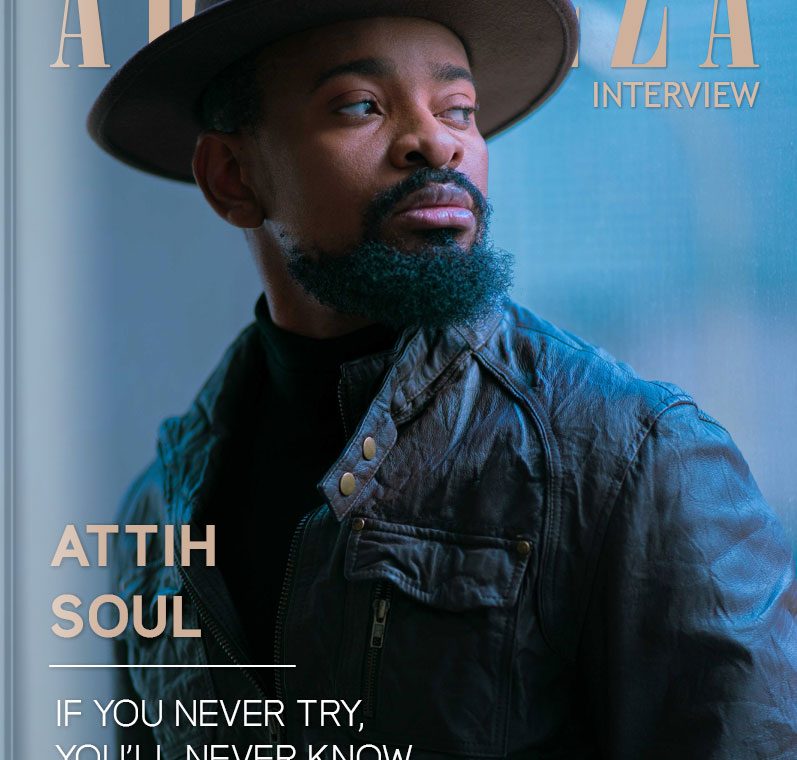 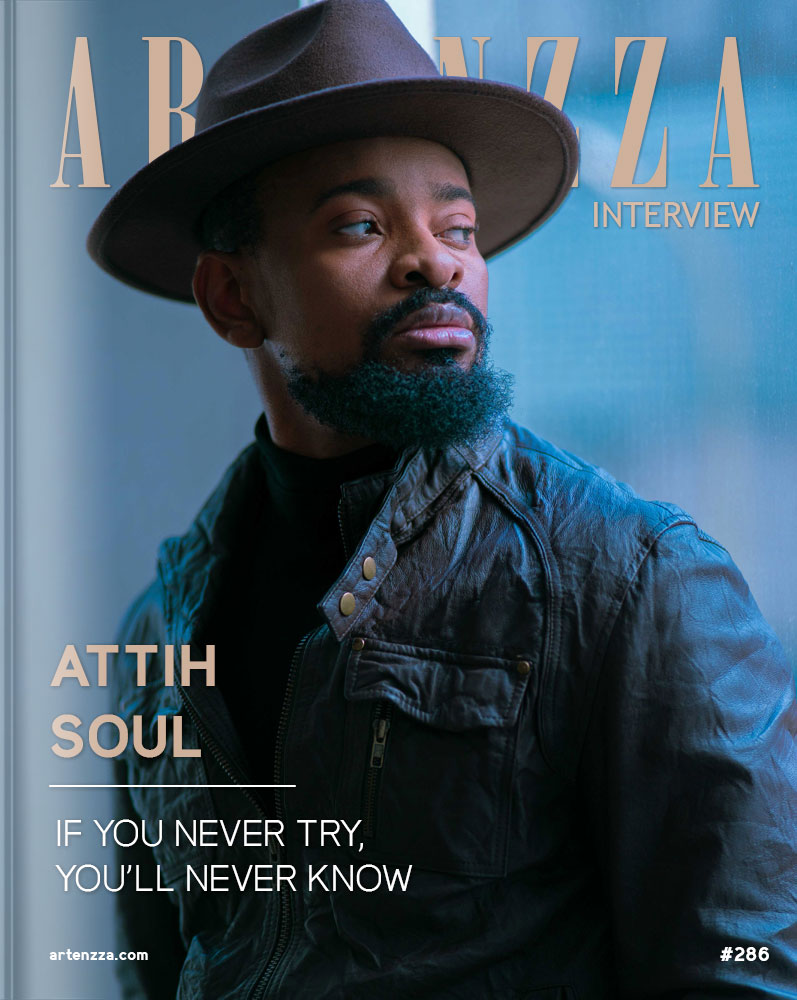 Attih Soul is a Nigeria – born singer and guitarist, based in Barcelona Spain. In the Corporate space, Attih is also a Human Resource Practitioner.

Attih was born in Calabar, a city in the South of Nigeria. From childhood, Attih always showed Charisma and confidence, as he often participated in performance art activities such as: Singing, Acting and Dancing. It’s not a surprise that he has followed one of these paths, as his interest in arts was evident from his childhood.

Attih has a Bachelors degree in Medical Biochemistry from University of Calabar and a Double MBA in International Talent Management & Leadership from Barcelona Executive Business School and Catholic University of Murcia.

LIFE AS A SINGER/HR PRACTITIONER

Attih started singing as a kid, but later drifted away from singing when he entered into high school. This was because he thought he wanted be a Medical Doctor. This lasted for a couple of years until Attih’s third year at the University, while studying Medical Biochemistry.

He felt a lot of emptiness and a consequent lack of interest in a medical career. It didn’t take long before Attih found himself singing again. Although he graduated from the University with a degree in Medical Biochemistry, he refused to enrol in a school of Medicine to further his education but rather took to music and while working in a health organisation, he opted to learn about Human Resource Management, while still pursuing his music career.

He has since maintained both his Singing & HR careers side by side. As of today, Attih has released 4 studio records and has performed in countries such as: Nigeria, South Africa, Russia, Spain & Belgium. 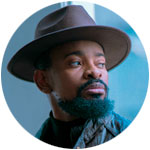 When did you realize you wanted to become a singer?

I have always loved singing right from when I was a kid, but I think when I realised I wanted to become a singer as a career, was in 2016. I went through a very dark phase in my life and at that time, music was the only thing that helped me.

Playing my guitar and singing through that period, I was able to overcome depression and connect with my emotions a lot more. This caused me to develop an inseparable bond with music and after that; I decided that a career in music would be the best gift I could ever give to myself. I have been doing music professionally since then and I don’t regret it at all.

Your last single is called “Friendzone”. What’s the inspiration behind it?

Hahahaha. If I had a dollar for each time I was asked this question, I’d probably be rich by now. The inspiration behind Friendzone, was from a combination of experiences from my close friends and some personal experiences. I mean, the “Friendzone” is a place that a lot of people have been.

It’s almost inevitable because not everyone we’re attracted to, will be attracted to us in return. I was literally laughing when writing “Friendzone”, because it brought back memories of some rejections I faced from women in the past.

The song “Friendzone” was very relatable and the video made it even more entertaining. I feel I achieved the goal with the “Friendzone” song because each time I perform it live, it gets people laughing……. Especially the people who are guilty of “Friend-Zoning” people. Haha

Tell us about your New Release: “Someday I’ll Find You”

“Someday I’ll Find You” is the follow-up song to “Friendzone“. The concept behind this song is to show how the artist picks himself back up, after suffering rejection from a girl.

In the video, the artist is pictured reconnecting with music in forms of songwriting, self promotion and performing live shows as a healing process, while staying optimistic that he would someday find the love that has long eluded him. I find the message in this song particularly interesting; as it shows that we can’t always stay down, even when life knocks us down.

“If You Never Try, You’ll Never Know“. This is one of the most important principles by which I live my life. I believe in taking chances, making mistakes and learning from them.

It’s been a while since we last talked. We’re a little curious to know how it’s been for you lately. Tell us a little bit about it.

Yes it’s been a while since we last talked. Well it’s been better than the last time for sure. I remember that our last conversation was when we were in a pandemic. Right now it’s a lot better.

I have played more concerts than I can remember and I’m working on a lot of new projects right now. I’ll tell you about some of them today and for the others, I will talk about them when I’ve achieved remarkable progress.

What inspires you while making music?

Generally, my biggest inspiration for writing songs is: “Relatable Realities”. I observe and pay attention to my environment, people and personal experiences as inspiration for my songs. Also, my style of song-writing leans more on story telling.

Before I write a song, I always want people to listen to my songs and have a mental picture. After writing songs, I play them to myself and assume I were a stranger listening for the first time. I also try to keep it simple, easy to sing and easy to understand. I guess these points explain the concept of “Relatable Realities” as my inspiration for writing songs.

How would you describe yourself as an artist? And your music?

As an artist, I would describe myself as: “Eclectic”. This is because I constantly evolve and adapt to the energy, audience and ambience depending on the kind of event. I have often been told that I am an artiste that can “read the room” and I think this is so true. My live performances express a wide range of emotions, as I can have the audience dancing in one moment and the next song could get the audience so emotional that they all have teary eyes. The rollercoaster of emotions often experienced at my concerts, is the reason why I’m an artist who is hard to forget.

With regards to my music, it’s the same approach. I write songs based on “Relatable Realities”, conveying the message through the lyrics and my emotional delivery when singing is often the method of interpretation. I am the kind of artist you could listen to with your eyes closed and feel something and when you watch me perform live, you get immersed in whatever pool of emotions I feel during that performance.

If you could change one thing in this world what would it be? Why?

If I could change one thing about the world, I would definitely take out the mental barriers that limit our unity as humans. Humanity is so disunited because of social construct in forms of Social Class, Race, Gender and Religion amongst others. If I had such powers, I would definitely make the world a place where people just live and interact genuinely and without prejudice.

Hmmmmmmm!!! Where do I start? I have an upcoming album and possibly a lot of concerts lined up for the summer. The album production is very interesting, because I am collaborating with a lot of talented individuals to make it a reality.

I am working with reputable producers such as Marcos H. Bolaños of QBKal Collectives, Theo Monteillet & Alberto Perez of Sol De Sants Studios, Bassey Ebong & Oscar Garcia for the Mix & Masters, Jeferson Santana for the Guitars and Bass, Bryan Curtis for the drums. It’s a big project and we are putting our skills and resources together to create the best possible content.

For this, I am in partnership with Nexos Agency. Nexos Agency is a Barcelona-based Content creation, Photography and Audiovisual production company. The CEO: Germán Ruiz, is the head of Photography and is the official photographer of the images on my music arts, as well as the photos used in this publication. The COO: Koji Azevedo is the Head of Video Production. He directed the videos for “Friendzone” and “Someday I’ll Find You”.

These collaborations have been amazing thus far. I hope to complete the album and announce a release date/concert, and tours soon enough.

Do you want to know more about Attih Soul? You can find some projects below.