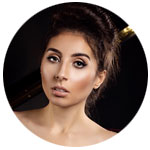 American-born concert pianist Maryam Raya has performed throughout the United States and in countries which include England, Spain, France, Italy, China, Estonia, Latvia, Finland, and Dubai, among others. Her Fall 2019 season alone featured a lecture recital at Columbia University, two recitals for New York’s premiere fashion and film communities, a recital abroad in Paris, a featured recital in Sicily’s premiere international piano festival, and a return for the third time to Stern Auditorium, Carnegie Hall. Alongside her studies at the piano, she has obtained degrees in literature with honors and a specialization in metaphysical poetry. 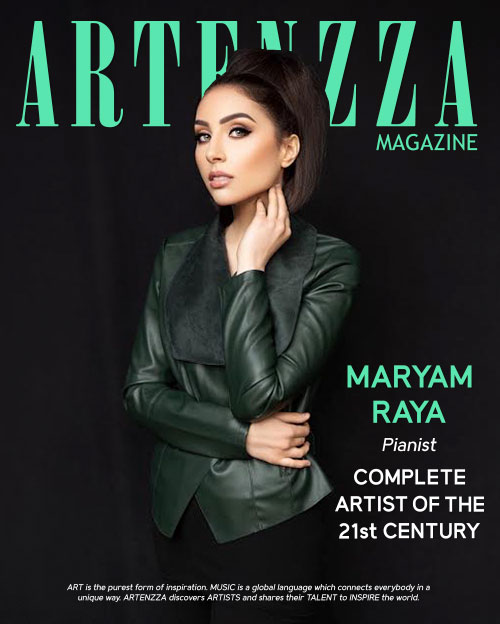 "Complete Artist of the 21st Century"

I began piano lessons when I was four years old. My parents believe that music & art are essential to the education & development of a young child, and rightly so. I am the first professional artist in my family. I was always interested on piano, but I became obsessed around the age of eleven. I would spend endless nights reading composers’ biographies & pretending to conduct orchestral recordings. I was driven to learn as much repertoire at the piano as quickly possible; many of the works I play were in my hands before the age of sixteen. But it was much more than that. It was an obsession with the world of sound: how it was precisely notated & interpreted & how it related to other art forms.

Complete Artist of the 21st Century

What I enjoy about music is in many ways informed by my formal studies in literature and metaphysical poetry. The spoken & written words inevitably leave much ambiguity. The closer one gets to a “true” meaning, the more one is distracted & even confounded by other possibilities. Music cuts through all of that. It is the most efficient form of communication. And maybe that’s because it’s all in the present. Sure, in a recording, as opposed to a live performance, one can listen repeatedly. But the music still unfolds & evolves over time. Likewise, we are also unfolding & evolving over time. That’s powerful. I am not the same person before & after a performance, whether I am the one performing or I am simply in the audience. There is the saying that art imitates life. I would argue that it is not an imitation. It *is* life, itself.

As human beings we are constantly in process & in revision, which is similar to the relationship between an artist and his or her work. More concretely speaking, music has given me a certain sense of peace & a feeling of being present with something greater than myself. In many ways, that is somewhat opposite of your question. Music helps me forget myself.

There is no such thing as complete silence. Music is everything to me & permeates every aspect of my existence.

The piano is primarily a solo instrument, & complete technical mastery is not even half the battle. The vast repertoire of work for the piano should not be only played. To perform is to elevate the text to a choreographic, quasi cinematic level. That is probably why I find myself idolizing many film directors, especially those of the past generation. Pianists must not only produce all aspects of a performance. The goal is to weave all aspects cohesively, to possess an overarching grip of the presentation.

I recently did a Q&A on my Instagram, & two of my followers asked this exact same question! I responded: a spy, & I was probably only half-joking. In complete seriousness, I would likely be a writer. But that would be just another extension of my artistry at the piano.

There are more opportunities. I assume by “nowadays”, you mean in 2020, given the pandemic and all subsequent cancellations of live performance. Well, we are at a ground zero. What I mean by that is we are at a point of intense & rapidly evolving change. And at this very point, the only way to fail is by not taking any risks. That has always been true, sure, but it’s most especially true now. The more traditional paths are somewhat blocked, though I might add it’s only temporary. The more eclectic paths, the paths that emphasize art in relation to the world and not just in and of itself, are wide open. I have more ideas, but we can leave them for another time.

I’m very grateful for the life I have now. But, I might say, because I have lived in major cities all my life, I’d like to experience being in the middle of nowhere for an extended period of time. In spite of all distractions that come with city living, I have learned to focus consistently at the piano. But I still think the greater space, and by space I mean “lack of” everything else, would be particularly valuable to me, as an artist in her early stages.

Do you want to know more about Maryam Raya? You can find some projects below.