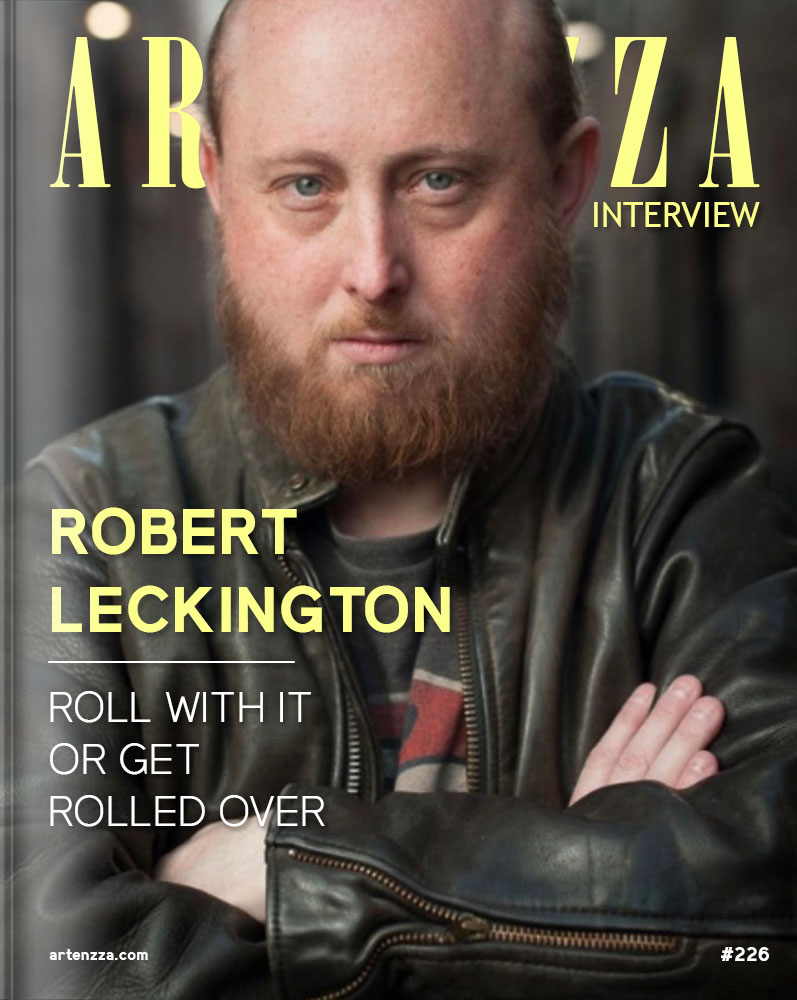 Robert Leckington was born January 2nd, 1970, in Corvallis, Oregon. Focusing on music during his early years, he caught the acting bug after moving to the East Coast in 2003. With multiple roles as a background actor under his belt, his forward-moving direction turned toward principal acting soon after.

Balancing between drumming and acting, Leckington aspires to be a jack-of-all-trades in the industry.

"Roll with it, or get rolled over"

As a musician, I started real young, like as in infant young. I was always banging on things. Being from a musical family, it just developed over the years. All throughout grammar school I gravitated toward the percussion instruments in music class, but I did not get into any organized music programs until I started high school. I was urged to take private drum lessons by my band teacher, which I gladly took for two years.

I excelled at it very well and moved up through the ranks as a drummer/percussionist over the course of my time in school. I was so involved with what I was doing in the drum line that after school I would stay and practice in the band room without a lot of distractions, my band teacher loved that I took an interest that he let me stay as long as I wanted and let me lock up after I was done. I appreciated any opportunity I could get.

Another interesting story was where we had this small 30” symphonic gong that had an old metal stand that was bulky and hard to carry. I envisioned an idea; my dad and I came up with a solution that benefitted our band even on a trip to state band competition one year. We made the stand out of PVC pipe and arranged it in such a way that we could tear it down and carry it in a homemade bag, to carry to shows, etc. without any issues.

The school superintendent loved it and had the school pay my dad and I for the time and for the materials. Because it was a such hit (pun intended!), the middle school band teacher asked us to make one for them and their school’s gong. Entrepreneurialism is awesome! After I got out of school, I was playing around with friends and joined a community big band or two as a percussionist. I got involved with my community band, the Albany Community Big Band for one season, and I played with the Bellevue Philharmonic in Bellevue, WA for a season.

Fun opportunities to play with some real pros. I did not get into acting until I had already moved out to the East Coast in 2003. I had been going stir crazy for short period, because I needed a creative outlet. Being new to the area and not having too many opportunities to play music, I started acting around the Fall of 2009.

My favorite slogan or saying is, “Roll with it, or get rolled over.” Pretty self-explanatory. I try to live my life this way.

It is very physical to be a drummer. Even though I am not a physical person, I tend to be aggressive when I am playing the drums. Acting, to me, is sort of an “out-of-body” experience. Putting the two together seems like it would be a difficult thing to do, but to me, it comes naturally. By that I mean, I am a different person when I am doing either of them. A metamorphosis into a creative virtuoso of some kind.

I will always be learning more and more about myself, but I will always have art to express myself on a physical or emotional state of mind. Self-expression is what I feel to be the thing I love most about art. Being able to do things in a manner that brings my inner self out through music, or as a character in a play, film, or TV show.

I am not totally aware of everything that I can do with the art that I possess. I do know that I move people. It’s about being honest, not only with myself, but with my audience as well. When I am honest, I can move people in ways that can affect an outcome. Whether that is with acting or with playing music.

This is kind of an existentialistic point of view but based on some of the performances that I have already done, people have come away with my performance and have said that I connected with them in a way that they felt empowered. Truly an honor. I know that as an aggressive drummer, the health benefits are good. You get into shape when you play them, that’s for sure.

I believe that my honest and open interpretations lead to a more expressive side, giving people a chance to see who I really am. Vulnerable, and somewhat giving of myself. Why else would someone be in this business we call entertainment? Art to me is the same thing.

My art, your art. Give and take. Expression, being expressive. To show the world that you can be different and still have something to say. That is what my art means to me.

My idols currently, and they do change quite a bit, are anyone who can achieve greatness without sacrificing themselves only to be just another run-of-the-mill performer.

People who have that spark to initiate a change, hopefully for the better. Whether it is societal issues, or just their own way of making life a little better of a place for themselves. That takes guts because a lot of people just go about their daily lives with their heads down, doing just enough to get by. By being bold, you can get others to follow, to make a change, hopefully in a positive manner. They are my idols any day of the week.

I wouldn’t know what else to do except to keep doing what I currently do during the day as I wait for the audition notices to come in. Which really amounts to nothing more than surviving, to be honest. Acting and making music is life to me.

I think that the playing field is leveling off. This time of year, it is always hardest to try and land work because a lot people have gravitated toward the arts as a form of self-expression and employment. The industry is always looking for fresh faces, and there will always be a large pool to choose from, no matter where you live.

As long as an artist stays on top of their work, they can stay employable. We just have to be laser focused and be available when the call comes in.

Freedom to be able to pick and choose which project I’d like to be in or do. To be successful in an entrepreneurial setting, to have the ability to be involved in the things that I care about. Freedom to express even further, if I choose to whether that is in the form of exploring other art forms, or not. Choice. Right now, as an artist just entering the business (I have been a musician all my life, but only 11 years as an actor), I just need to get myself on the radar of those who are the gatekeepers.

I really don’t have much of a choice. Get in, do well, move on to the next.

My upcoming projects are following: Scallywag, Rent a Neighbor, True to Life and Shadow at Midnight.

Do you want to know more about Robert Leckington? You can find some projects below.