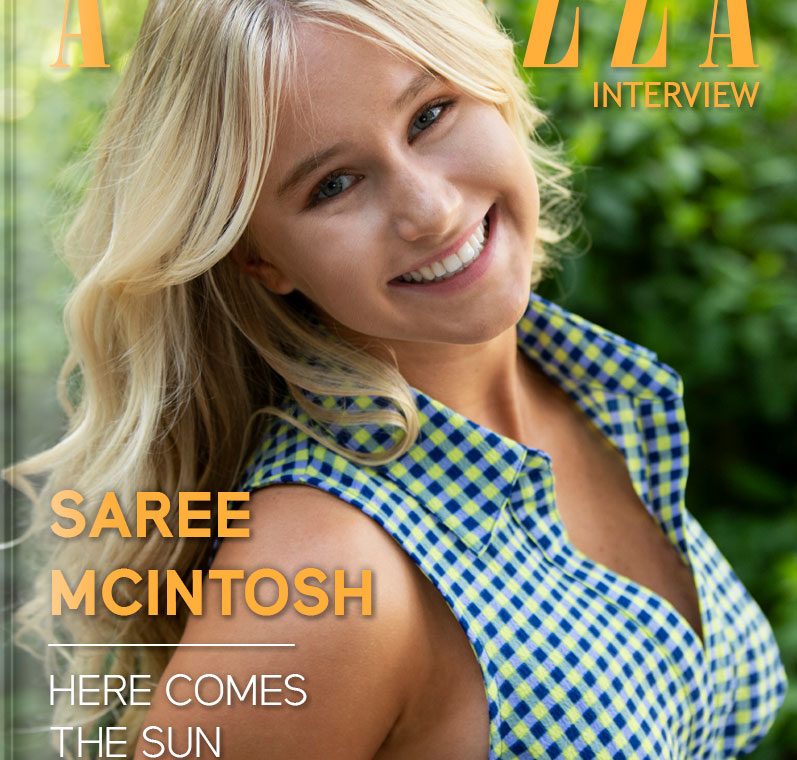 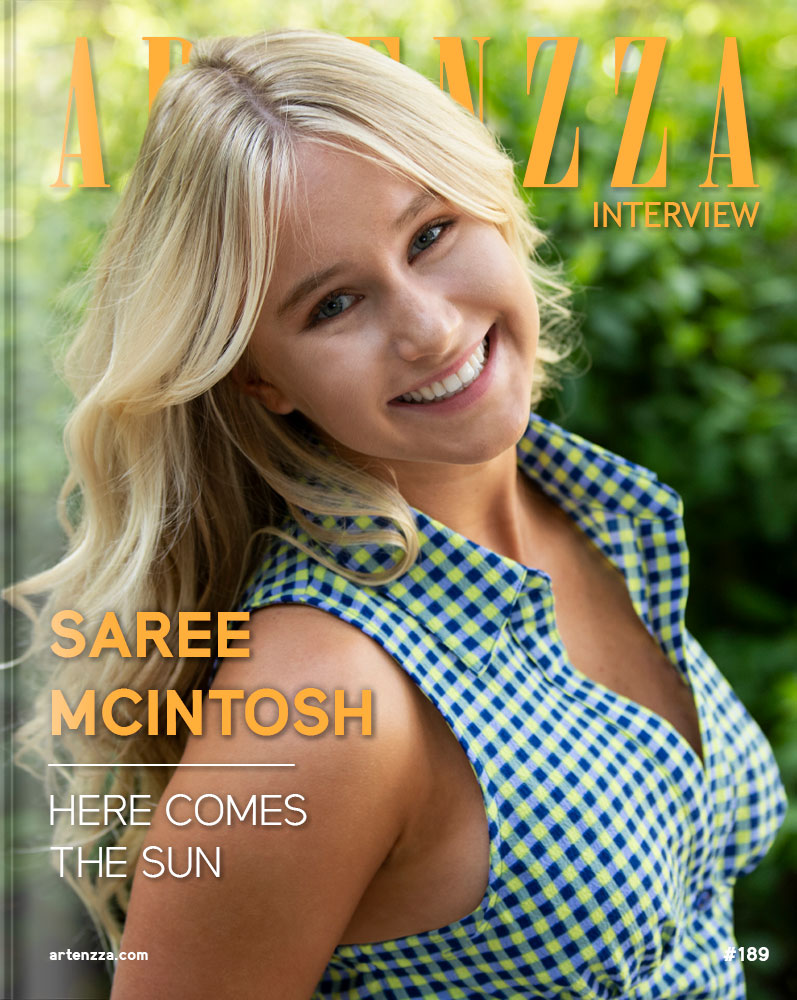 Fifteen year-old Saree McIntosh is quickly making a name for herself as a singer and songwriter on the rise. A highly-skilled pianist, some of Saree’s most notable releases include the original songs “Karma Baby,” a collaboration with her brother Taylor on “Money On Your Deathbed” featuring Bon Jovi legend Richie Sambora, “If You Fall In Love with Me”, and “Color Outside the Lines.” Her latest single “Trust Me Baby” is available now on Spotify. She is a multi-lingual artist who has recorded several songs in Korean and recently released her first track, a cover of Kim Hak Re’s 80’s hit 슬픔 의 심로 (The Sad Anxiety) as she took her music worldwide.

Outside of music, Saree is a talented breakdancer. Her breakdancing crew, Break Ninjaz, won USA Battle of the Year and went on to place 5th against teams from around the world in Battle of The Year, marking the highest finish for a U.S. team in nearly a decade. They also appeared on NBC’s World of Dance. She also showcases her talent in B-girl battles around the world as “Saree The Blondie” and has made a name for herself as one of the best B-girl breakdancers in America.

Saree is also an up-and-coming actress. She guest-starred opposite Stephen Moyer and Amy Acker in FOX’s The Gifted, where she played The Frost sisters, a role that required her to successfully navigate the challenges of playing five different characters. 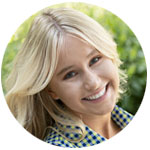 I’ve always been intrigued with music. My mom told me that when I was two years old, I would sing along to the part in Shrek where Fiona blew up the bird, and surprisingly she said I was on pitch! My dad is an incredible musician and songwriter, so seeing him playing and writing music made me want to do the same.

I would try to write songs on the piano and guitar even though I didn’t know how to play well, I just found it fun. Eventually, my mom put me in piano lessons and my dad helped me with my singing. I was a busy kid. I tried a lot of things: basketball, softball, golf, gymnastics, breakdancing…I was just trying to figure out what I liked.

When I was around 13, I really took to songwriting. I had a lot of emotions, so I made them into songs. One of the first songs that I wrote was called, “I’m Perfection Imperfection” When I wrote that song, I thought I was going to be the next Paul McCartney! That was the song that made me realize I wanted to pursue music as a career.

Writing would have to be my favorite part of being a musician. The whole process of writing a song is very thrilling; you can take a small idea and turn it into a huge beast of a song. I write with my dad a lot and it’s amazing how we bounce ideas off each other, I can come up with a lyric or a chord and he comes back with an awesome melody or something that makes the song even better.

Part of the fun in writing for me is that I write songs in two languages, English and Korean. I’ve been writing and singing in Korean for about four months now, and I love it. I also really enjoy performing, so when things start opening up again that will be one of my favorite parts!

When I was 11, I suddenly became terrified of singing in front of anyone and that lasted for about a year. It wasn’t because I didn’t love to sing, I was just going through a stage in my life where I was super insecure and hard on myself.

It was quite a shock to my family because I went from being the very brave, outgoing little girl who would sing and dance anywhere, to someone who would get very nervous just singing in front of my dad. During that time, I started to write songs about what I was going through and feeling. “Right Before My Eyes” and “Rewind” are songs that helped me get past my mental struggles.

Every time I would start to doubt myself or get in my head, my brother and dad would tell me “Hey Saree, just rewind!” It kind of got to be annoying, but honestly, it really helped remind me to be more confident. In the end, it led me to love songwriting and singing even more.

To me, music is like a gateway because it lets me relive moments in my life, and it takes me to places I’ve never been. It could be a lullaby that my mom and dad sang to me when I was little, or it could be a song like “Careless Whisper.”

Even though I’ve never experienced the feelings of that song in real life, listening to it gives me a peek into what it might feel like. A good example of what music is to me is a song I wrote called “Reverie.” My dad and I have this thing that we call “Reverie time” where we sit in the dark and play some of the greatest music ever written, and then just close our eyes and enjoy the moment. My song explains what it feels like to be immersed in the music.

Wow, don’t get me started on this question because I could write a whole book with my answer. My biggest idols are Freddie Mercury and Queen. There’s a 99% chance that if you have a conversation with me, I will mention something about them. I’ve grown up listening to Queen’s music, We are the Champions and We Will Rock You were songs that I heard every time I went to any sporting event.

Even though I heard their songs, I didn’t know much about the band and their story until I saw the movie Bohemian Rhapsody… when I left the movie theater I was in another universe. I felt so inspired and wanted to learn more about Queen. I read books and watched anything I could about them on the internet, which led me to find out that the movie wasn’t very true to the story.

I was lucky enough to see them in concert with Adam Lambert, he is amazing too, and it was one of the best nights of my life. Seeing Brian May and Roger Taylor still going strong was incredible. There was a moment where Freddie came up on the screen and sang “Love of My Life” and, even though he wasn’t really there, he had such an impact on me. Freddie helped me gain the courage and confidence that I was lacking, and he inspired me to go for my dream of being a musician.

If I didn’t like music, which seems impossible, I would continue pursuing my acting career. You never know, I might get a role where I get to play a musician!

In some ways there are more opportunities because there are more places to release your music, but in many ways it’s much harder. For example, 60,000 songs are released on Spotify every day, so it’s almost impossible to break through.

But when you do break through, it’s pretty massive. Social Media plays a huge part too. One of the first questions that record labels or people in the industry ask is, “How many followers do you have?” It used to be that if you wanted to be a musician, you’d work on your voice and learn an instrument. Now they’re taking social media stars and turning them into musicians just based on how many followers they have. So, it forces you as a singer/songwriter to focus not only on your music but also primarily on your socials.

My ideal life as an artist would be one filled with music! I think of music from the moment I open my eyes until the moment I close them. Then I go to sleep and dream of it some more…sometimes in Korean! Traveling the world, meeting new people, and sharing my music is my ultimate dream. I am lucky enough to have a family that fully supports me, but I’m not going to be 15 forever. At some point I will have to support myself, and I want to be able to do that with music. Great things take time, and I am here for the long haul!

Do you want to know more about Saree McIntosh? You can watch one of her videos below.