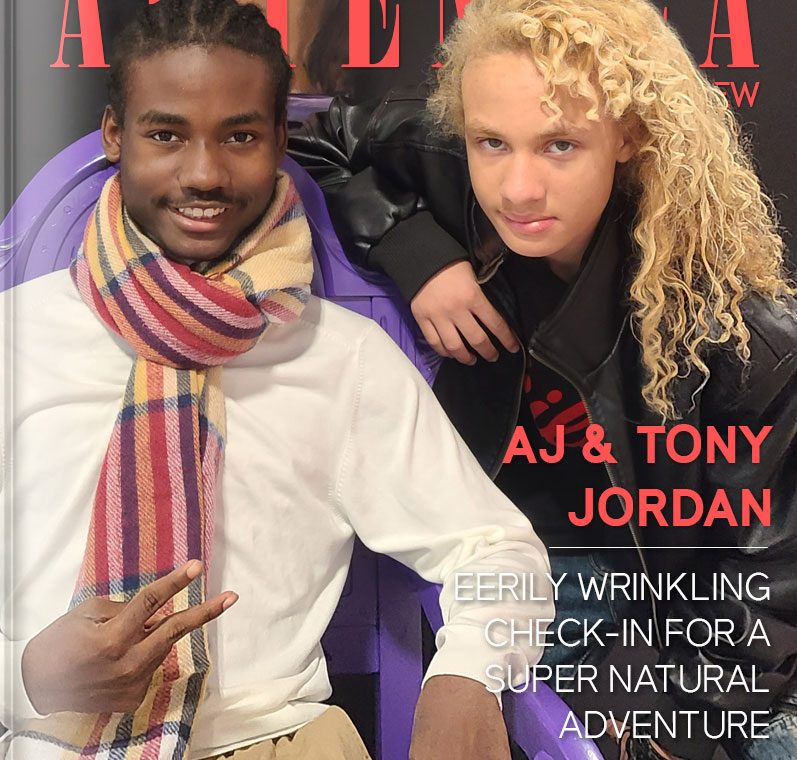 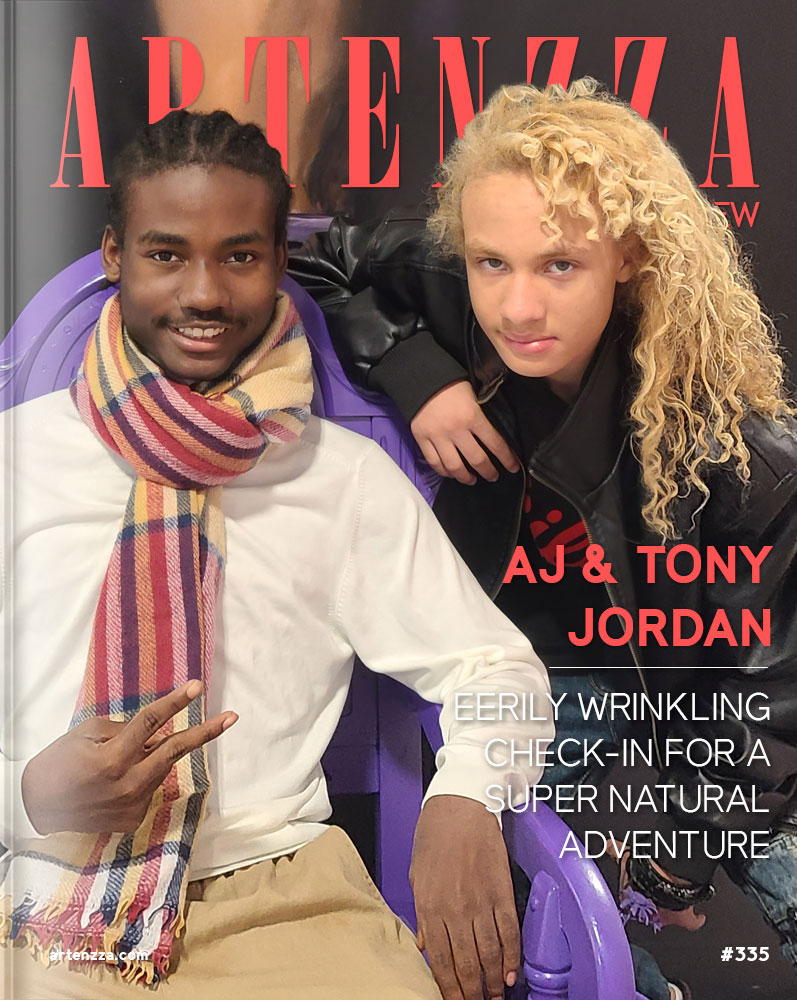 AJ and Tony Jordan are brothers. AJ is a 16 year old newly published author with his debut novel Eerily Wrinkling and the Prodigal Return.

Tony is a 13 year old SAG actor who began modeling at age 4. He has appeared in over 22 television shows but received his first primary role in A Year to Life currently in production. He has developed many of the characters in his older brother’s book. 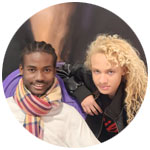 When did you start to get interested in writing and acting?

AJ – I created Eerily Wrinkling during the COVID-19 lockdown of 2020 as a way to entertain Tony. Our mom had just limited our internet usage and with the outside world being unavailable – I built a new one.

Tony – AJ is gifted with storytelling. I’ve heard him playing DnD with his friends. Unfortunately, when it came to characters for Wrinkling – he was terrible. I enjoyed giving the characters life and watching them come alive in the book.

Which is the part you enjoy the most about writing and acting?

AJ – Definitely storytelling. I appreciated writing. It is very different from oral storytelling like in DnD. When you write a book you have to carefully articulate the story in your head onto paper. That can be challenging. It took me a few times but eventually I was able to do it.

Tony – I enjoy playing different characters. At home I have dozens of costumes so developing characters was fun. Giving them each a back-story and telling AJ how a certain character would handle a situation was pretty cool.

Most artists say that through their art they learn more about themselves, heal injuries… In which aspects have your journeys helped you?

AJ – I have extreme social anxiety. I do well in small groups or one on one conversation but get overwhelmed in large crowds. Also transferring some personal demons on paper demons allow me to heal. Writing became a way for me to handle all the stress in my life and express myself in a different way.

Tony – I was diagnosed in first grade of having ADHD. So I am constantly moving. Character development has taught me how to slow down and actually finish a thought without feeling like I am my art is being affected

What does writing and acting mean to you?

AJ – Definitely self expression. World building allows a glimpse into the deepest parts of my imagination. I am able to embrace the ‘weird’ and show it in a different light that may not be part of social norm.

Tony – to tap into every facet of my being. People have different layers to them but society only wants to see a few. Character development gives me the green light to show many sides of me through the characters. I am a little bit of each of the characters and that’s amazing.

AJ – Idols – not so much. I do have authors who I admire such as Stephen King. RA Salvatore and Rick Roidan.

Tony – don’t really have idols. Putting folks on pedestals is not realistic. We are all flawed. I like the characters that actors play. They are not flawed. My favorite characters are definitely Shawn Spenser and Burton Guster aka Shawn and Gus from the television show Psych

AJ – Maybe a painter or a chef. I am not very talented in painter and I destroy the kitchen when I cook but either of those maybe something I can channel.

AJ – Absolutely more opportunities which access to the internet. But I would say there has become more of a consensus on what writing is good and what is out of the norm. I hope everyone finds a way to keep their story at heart and not change their stories so much to fit the public consensus.

Tony – internet has definitely given us more opportunities even then what our older sister had when she was our age. It just comes with more access to those critics and extra noise. You have to be able to drown out the negativity and stay true to you.

AJ – For me it would be writing everyday meeting those who enjoy my work. It would also be amazing to teach other people how to improve their writting while not trying to become their favorite writter/author.

Tony – being able to create without having to feel on display. I have good and bad days especially with my hair. Because it very noticeable I cannot have a bad hair day because you don’t want to be a meme. But I am human and curly hair definitely has a mind of its own so the memes will happen eventually –

AJ – expanding the world of Eerily Wrinkling by writing a new book. The outline and plot have already been created.

Tony – We both will be filming the pilot episode of an new series “The Amazing Ayla”. The Book Launch Party for Eerily Wrinkling and the Prodigal Return is on Sunday, December 18th. It will be a Roaring 20s aka 1920’s theme with a Murder Mystery surprise. Excited about the characters and seeing them come together in front of a live audience. Folks first reactions are their true opinions