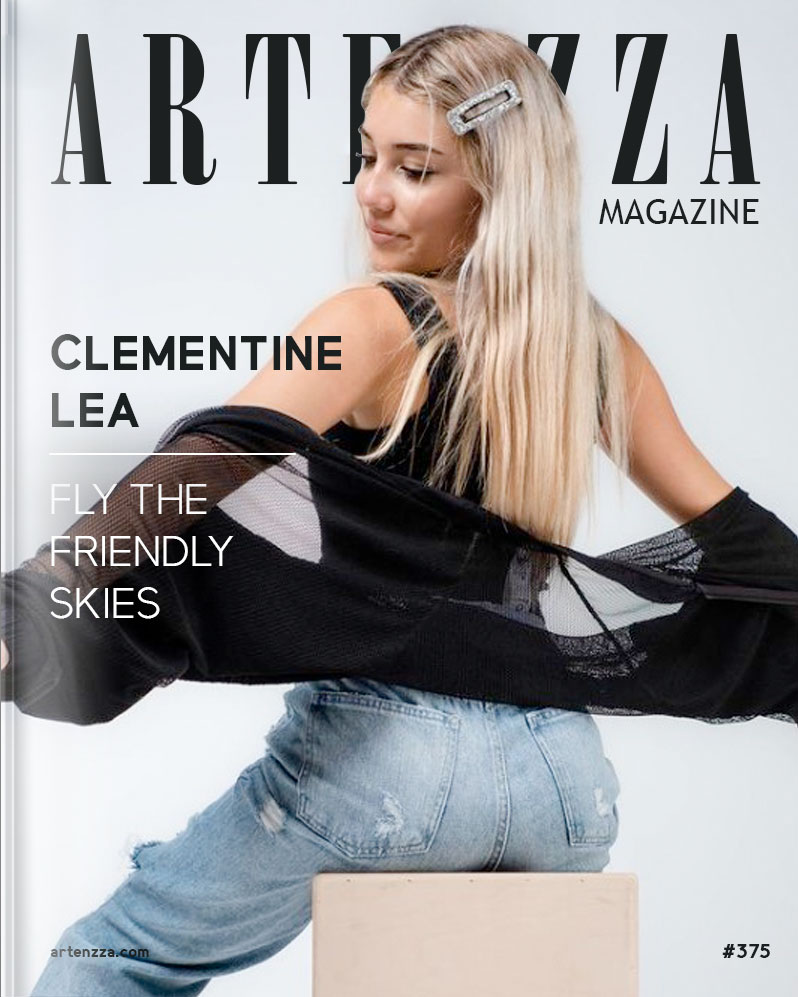 Clementine is a lifestyle content creator based in Los Angeles, California. She is both French & American.

Clementine is a high-school student sharing her daily life & POVs with her followers on TikTok, Instagram & YouTube.

The creator has done lots of acting since age 11, some of her experience & credits include commercials, stand up comedy, Brat TV, Modern Family or the Piper Rockelle show.
Instagram Facebook Youtube Spotify Imdb Link

When did you realize you wanted to pursue acting and creating lifestyle content?

I always wanted to model ever since I was child and got into acting when my agent wanted to represent me across the board. I had to start taking acting classes and I loved it so I started pursuing acting. I did a few short films and it was so much fun, I loved being on set but it started becoming way too much work with going to school full time. In 2019, I had an audition for a TV show that turned out to be YouTube videos and that got me into social media.

I never expected to grow on social media, nor was it a goal. It all kind of just fell in place. I started growing thanks to being part of a group of other teen creators when I was 12 years old. I started as an actress and never tried to become a creator, or gain followers on any platform. It all just happened naturally and I’m very grateful.

“Fly the friendly skies.” because I love to travel and discover new places and I hope to travel even more in 2023! The world is so big and there are so many countries I have yet to visit!

As an actress you have a successful career with lead roles in the award-winning short film
“ Just Be ” which raised awareness on human trafficking as well as the fantasy film The “
Wishflower” How did you prepare your characters before you start filming?

I have done a few short films, which were super fun to film. Since I was so young I didn’t have much experience in that area before learning. The lines were always a little bit difficult. I was enrolled in acting classes, so that helped a lot with my memorization skills, and I worked with coaches beforehand to better understand my characters.

You were the guest star in Earth to Ned on Disney+, which is produced by the Jim Henson
Company. Tell us how it was that experience.

It was a fun experience where I had to interact and have a real conversation with a puppet visiting Earth to learn about social media- it was pretty funny to explain to him how to go viral, and that it’s easier said than done!!

Currently, you are working on a new reality show. Can we know a little bit about it? What are we going to see in it?

At this time we have only shot the pilot, and I am not quite sure whether it will be picked up for an entire season but fingers crossed! It should be funny as it’s following very different moms and their teen influencers… I cannot share much more unfortunately 😉

We know you’re passionate about charity work and you’re helping a big cat rescue to
save hundreds of cats in Los Angeles. What motivates you to help the community?

I love giving back to the community because it makes me feel like I have a purpose. I like
helping others because it makes me feel better about myself knowing that I am making a
difference. Specifically with Perry’s place’s cat sanctuary, I love cats and it makes me so sad
that so many of them are being killed in shelters so I want to support causes like Perry’s place so I can save the cats. Volunteer work and charities have always been something I’m very passionate about because I think it’s very important for everyone to do their part in bettering their community and helping others.